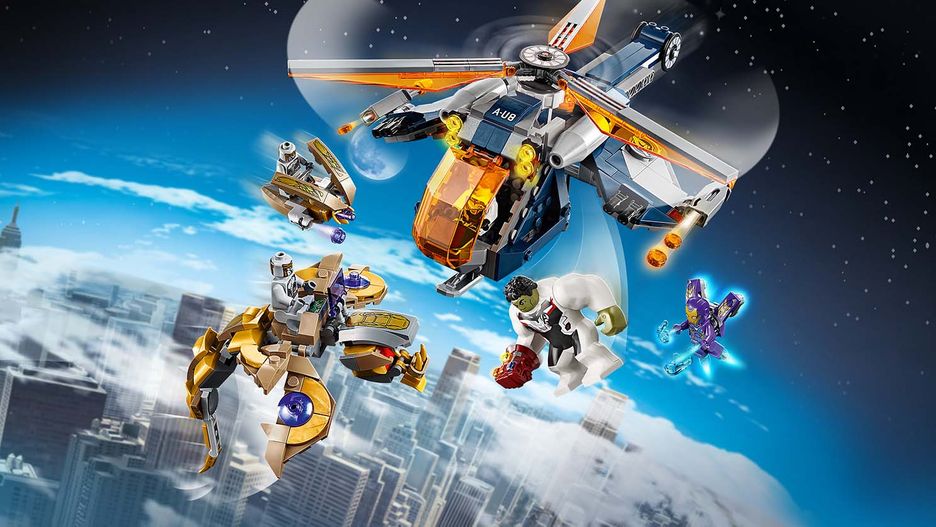 Team up with the Avengers in an epic aerial battle against the Chitauri! Launch the helicopter with Rescue and fire the triple stud shooters at the mighty Leviathan. Dodge the Chitauri flyer’s stud shooters. Surprise the enemy by dropping the mighty Hulk into battle. Then attack with Rescue's Power Blasts and Black Widow's batons. Who will win this LEGO® Marvel Avengers Endgame? You decide! 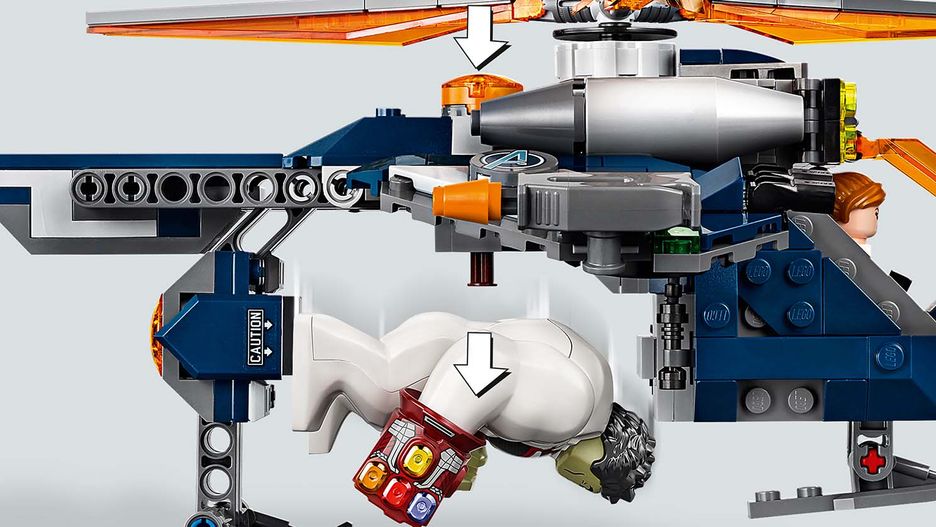 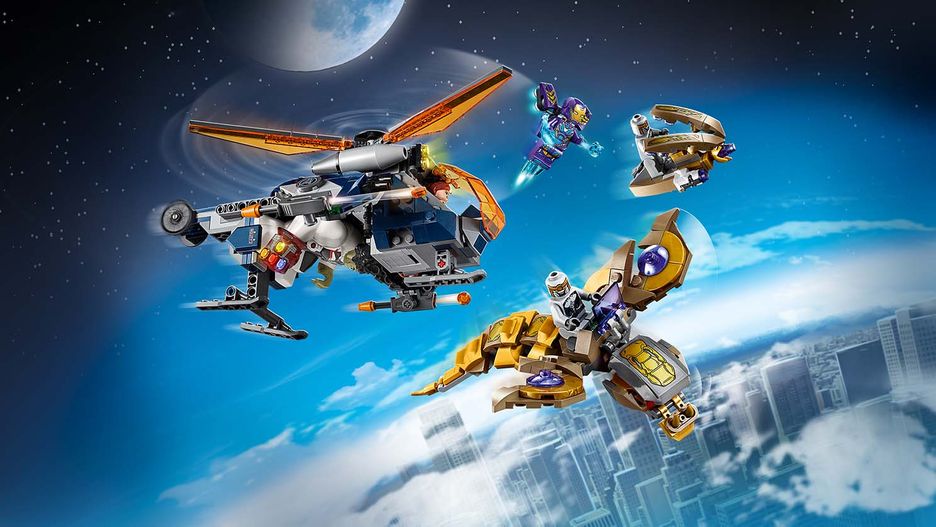 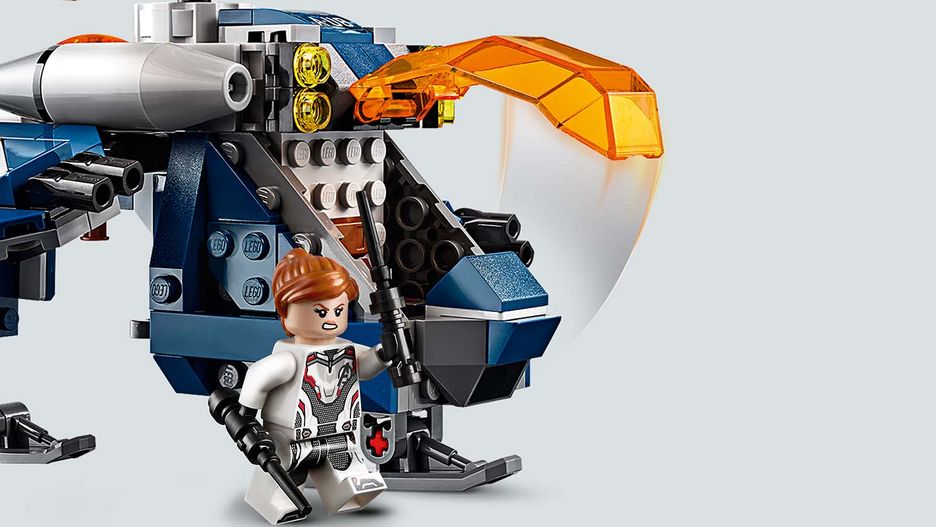