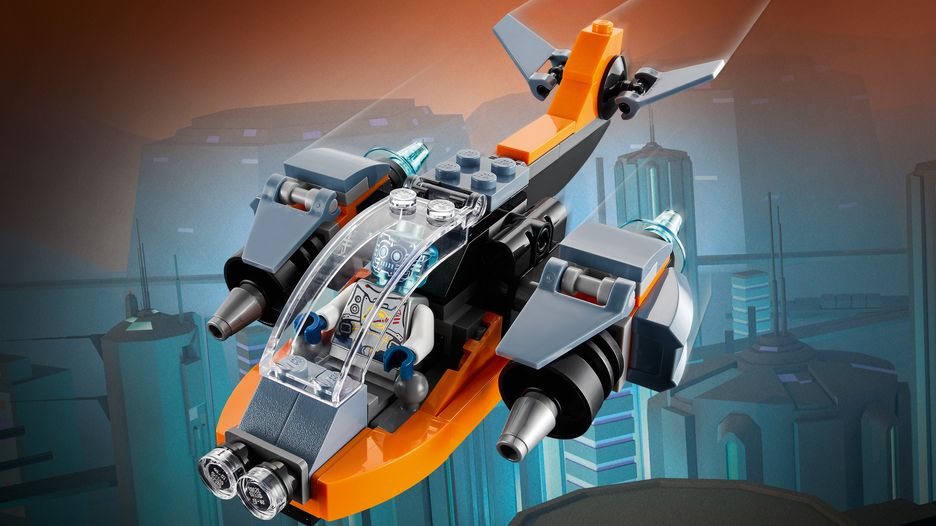 Discover exciting new planets with the Cyber Drone. Jump in the cockpit, power up the thrusters and fly into space with the robot minifigure for daring adventures! Once you land, rebuild it into an awesome cyber mech to continue your voyage, turn it in to a cool cyber scooter to race into action, or create something new from your imagination. Enjoy hours of space fun with this incredible 3in1 set! 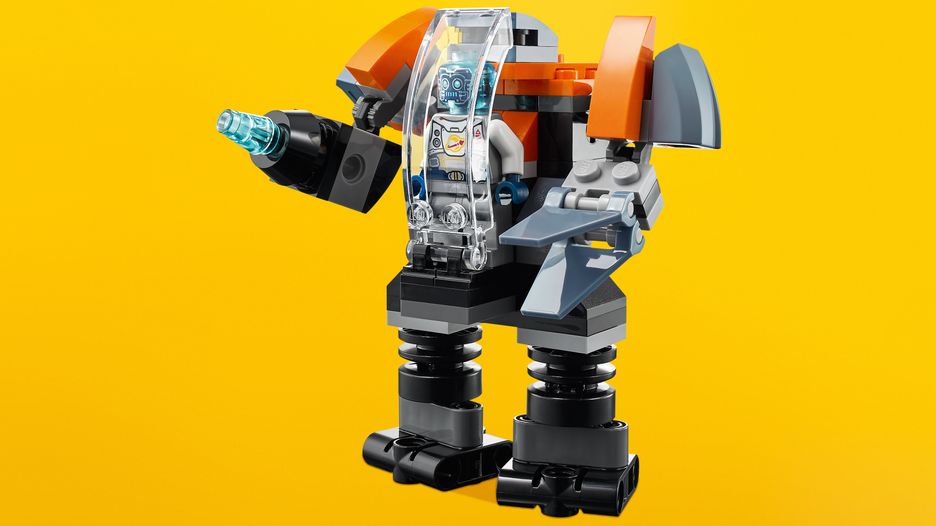 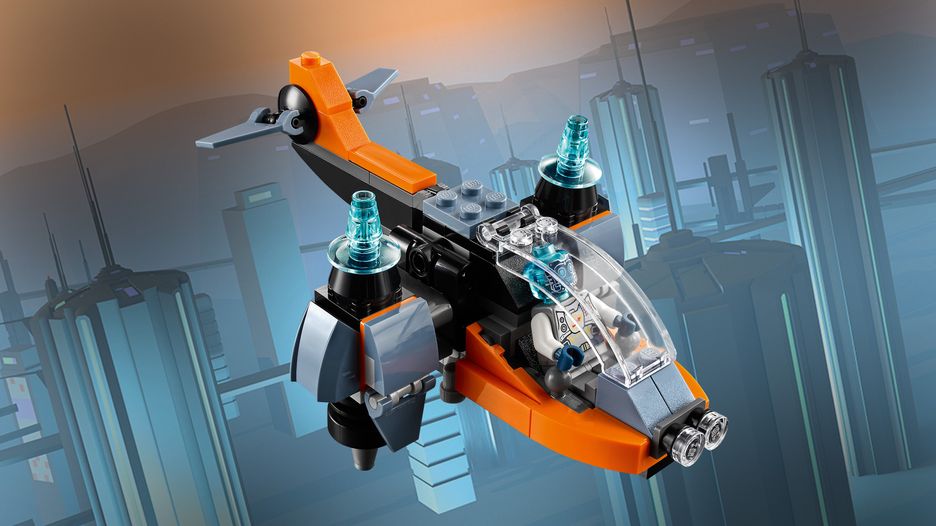 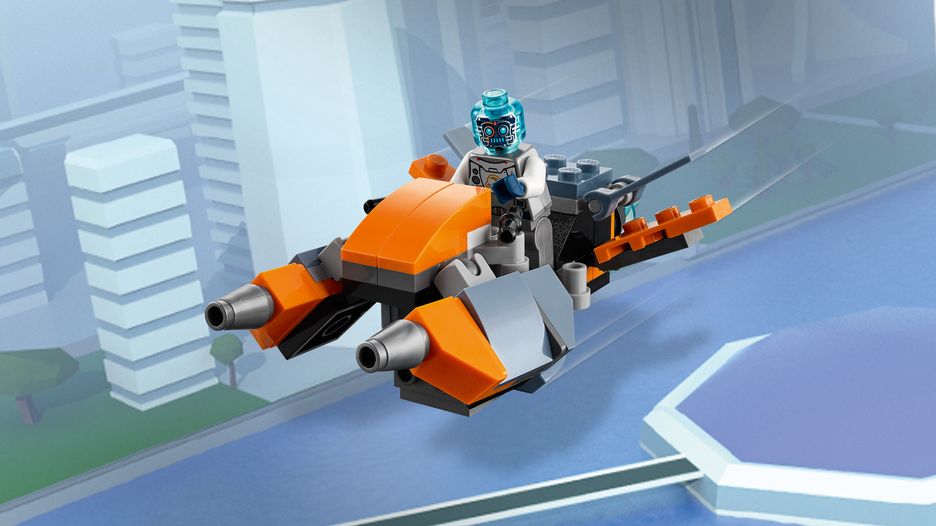 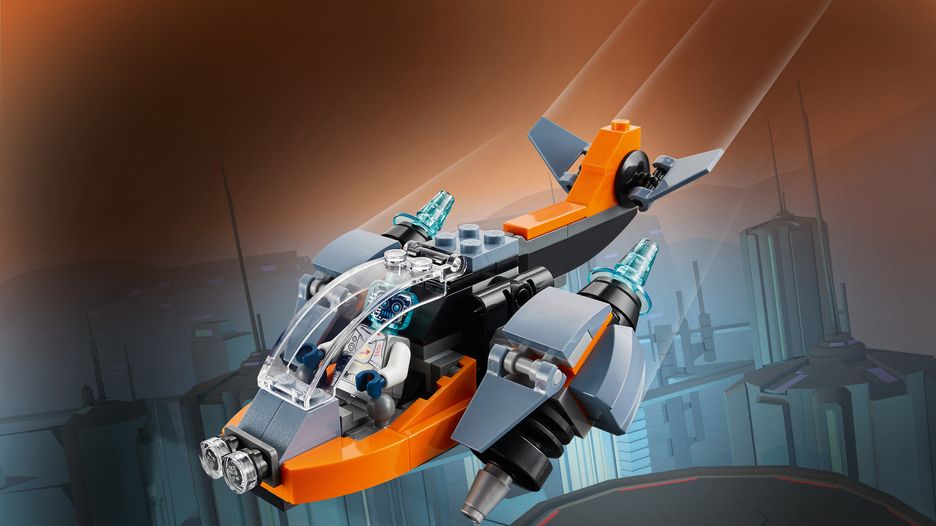 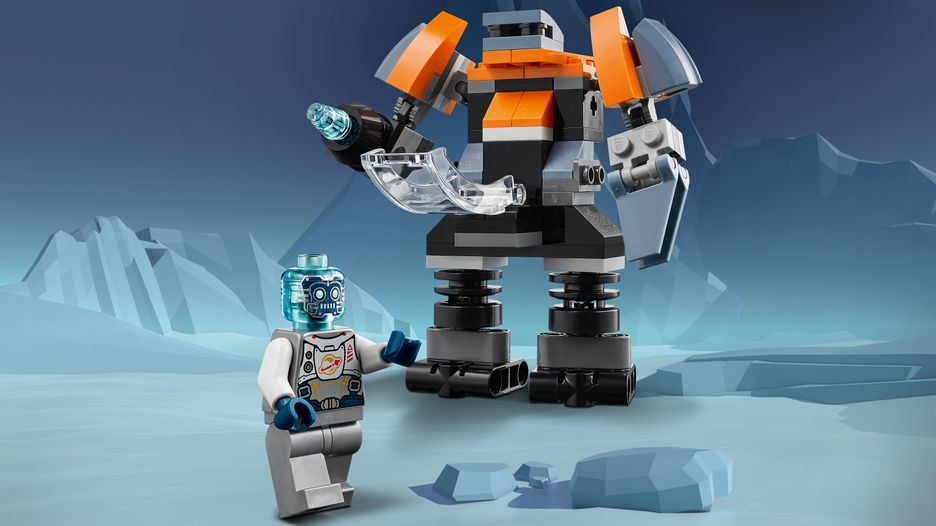