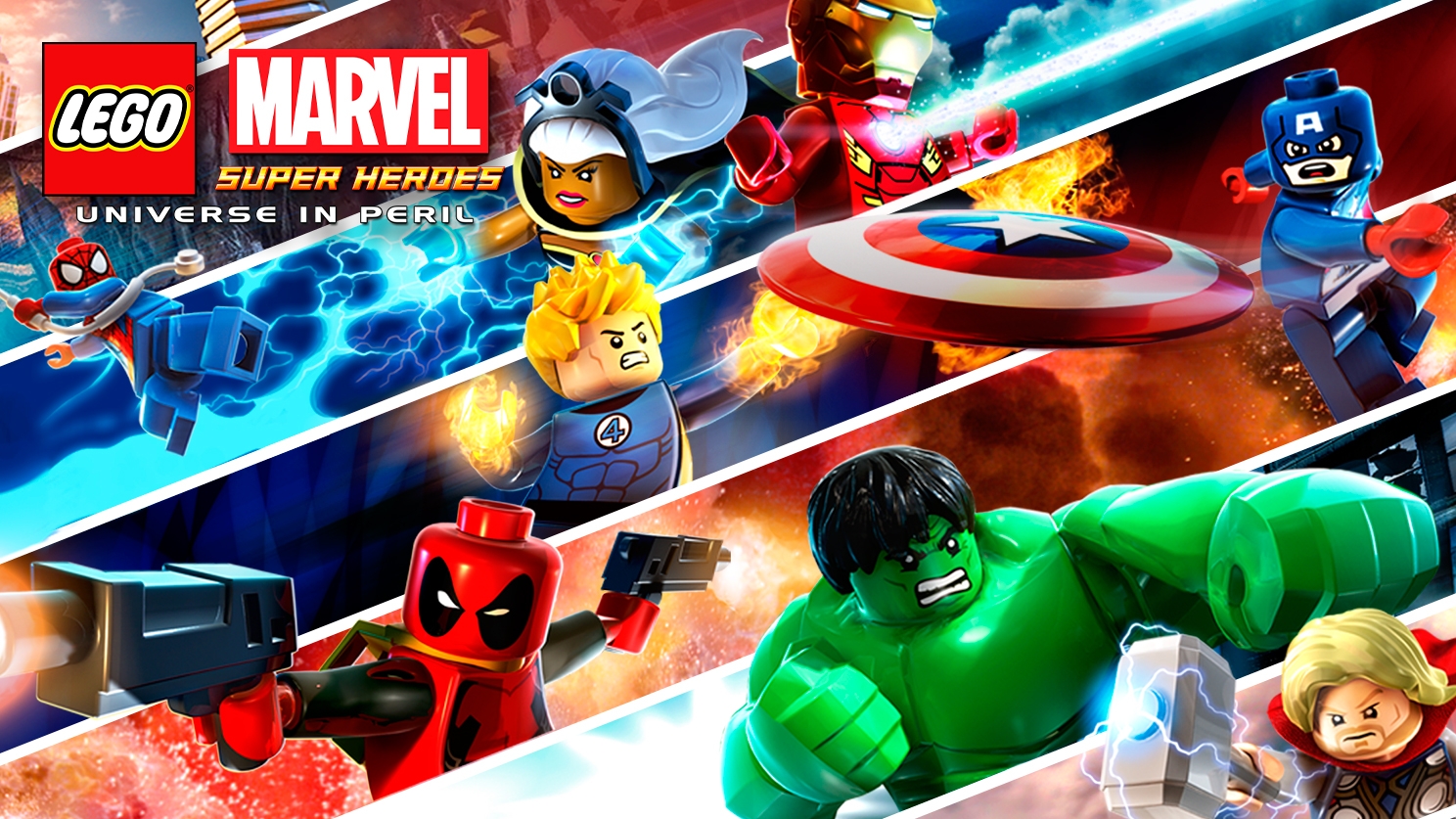 LEGO® Marvel™ Super Heroes: Universe in Peril features an original story spanning the entire Marvel Universe. Players take control of Iron Man, Spider-Man, the Hulk, Captain America, Wolverine and many other Marvel characters as they unite to stop Loki and a host of other Marvel villains from assembling a super-weapon capable of destroying the world. Chase down Cosmic Bricks as they travel across key locations from the Marvel Universe, such as the Avengers' Helicarrier, Stark Tower, Asteroid M, a Hydra base and the X-Mansion.

LEGO MARVEL SUPERHEROES: UNIVERSE IN PERIL software © 2014 TT Games Ltd. Produced by TT Games under license from the LEGO Group. LEGO, the LEGO logo, the Brick and the Knob configurations and the Minifigure are trademarks of the LEGO Group. © 2014 The LEGO Group.  © MARVEL. All other trademarks and copyrights are the property of their respective owners.  All rights reserved.