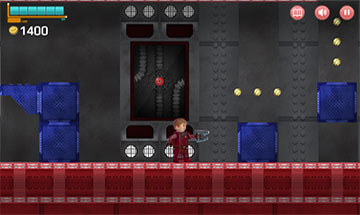 Join the Guardians of the Galaxy on a mission through space. Play as Star Lord, Rocket Raccoon, Gamora, Drax, and unlock the ability to play as Groot, as they retrieve the treasures and equipment they need to uncloak the evil Ronan and save the galaxy.