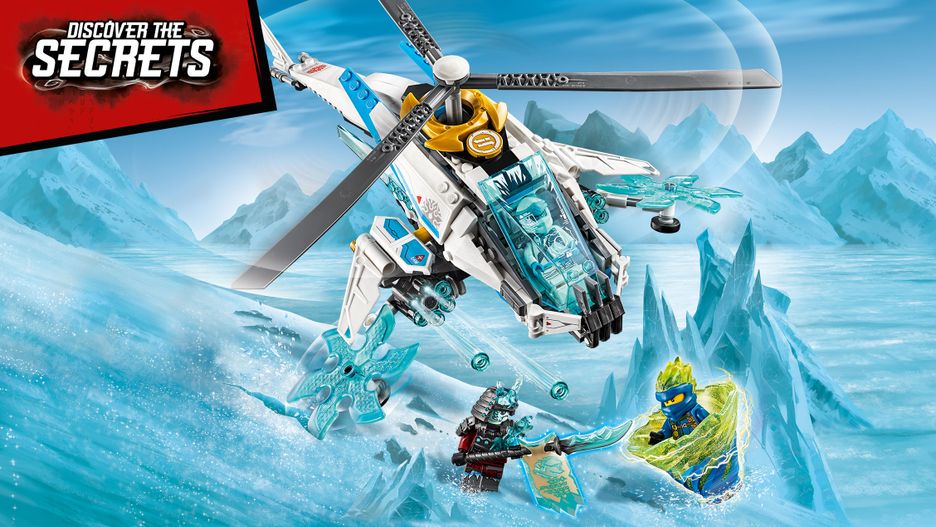 Only two ninja can fly the ShuriCopter. Discover who! The ShuriCopter is one of the most advanced vehicles ever, and that’s why only two ninja can fly it! Can you guess who? Spoiler alert: it’s Zane and P.I.X.A.L. That’s right, the ShuriCopter’s technology is so complex, that only the two Nindroids care capable of piloting it. With rapid shooters on each wing and spinning shuriken slicers on its landing wheels, the ShuriCopter is a mighty advanced ninja fighting machine, and it takes a very specific set of skills to make it fly. In fact, P.I.X.A.L. designed the SuriCopter especially for Zane. Here’s an interesting question: what kind of perfect vehicle would you build especially for your favorite ninja? You’ve got your LEGO® bricks and your imagination… are you up to the challenge, ninja?