Fans can play through all 9 Star Wars™ saga films with the LEGO® Star Wars: The Skywalker Saga video game. It offers fun-filled adventures, whimsical humour and the freedom to explore the LEGO Star Wars universe like never before.

Top gift
The video game makes a great gift idea for fans of all ages. With hundreds of characters and vehicles, and the hilarious LEGO brand of fun, players can dive into their favourite Star Wars moments in an all-new way. 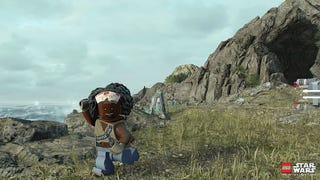