Obi-Wan Kenobi™; the wise master who guides the next generation of Jedi

Living the life of a hermit on the planet Tatooine, Obi-Wan’s solitude ends when Luke Skywalker arrives with droid R2-D2. The pair have brought an urgent message from Princess Leia and their meeting with Kenobi kick-starts a bold rescue mission. 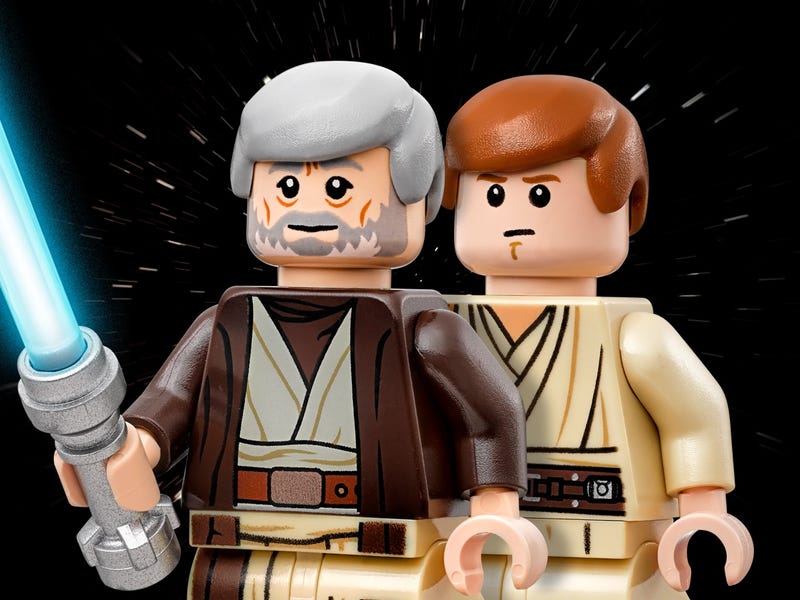 In the original trilogy, Obi-Wan trains Luke Skywalker in the ways of the Jedi, teaching Luke to harness the Force. But Obi-Wan is more than just a teacher. He’s also a great warrior and engages in battle, famously fighting Darth Vader in a dramatic Lightsaber duel. 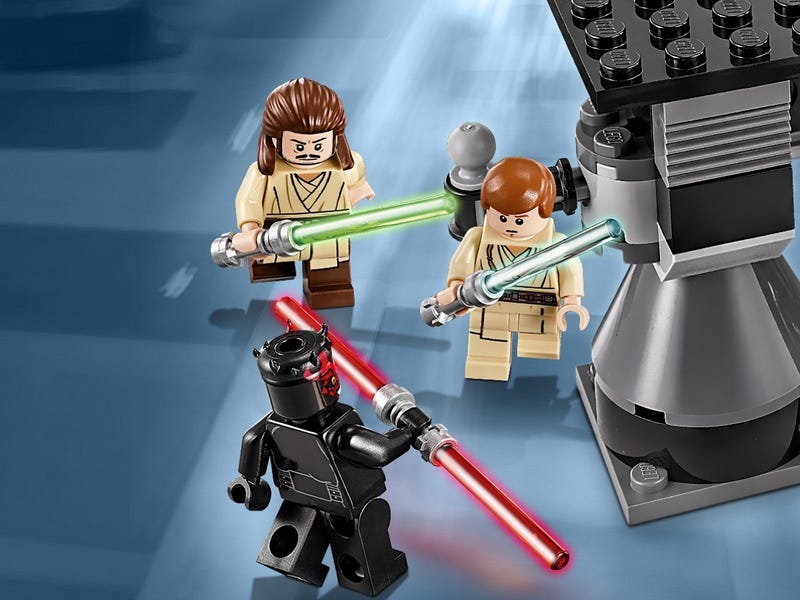 In the prequel trilogy, more is revealed about Obi-Wan Kenobi’s past and here Star Wars fans discover how Obi-Wan came to train the young Anakin Skywalker. 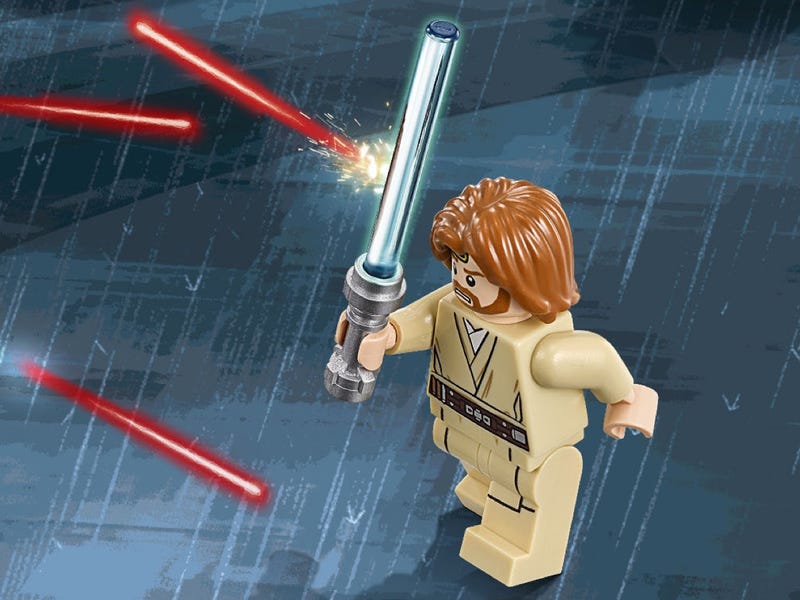 Obi-Wan Kenobi first learned the ways of the Jedi as the student of Jedi Master Qui-Gon Jinn.

After finding a young slave boy, Anakin Skywalker, Qui-Gon wishes to teach him, believing that Anakin can also become a great Jedi. However, Obi-Wan is concerned, sensing a mixture of both light and dark in Anakin.

After battling the Sith Lord Darth Maul, Qui Gon dies but Obi-Wan manages to defeat Darth Maul. To fulfil Qui-Gon’s dying wish, Obi-Wan promises to train Anakin as a Jedi. Obi-Wan sees his pupil’s skills grow but is often concerned about his impatience.

When Anakin’s training is complete, the young Jedi joins Obi-Wan in battle as both a partner and friend. But later, Obi-Wan learns that a deadly attack at the Jedi Temple was led by Anakin, who is now on the path to becoming the evil Darth Vader. Obi-Wan realizes he must fight his former student and eventually defeats him in an epic battle. Believing that he has killed Anakin, Obi-Wan goes into exile on the planet Tatooine.
Years later, Obi-Wan’s exile ends when he is found by Anakin’s son, Luke Skywalker. Luke becomes Obi-Wan’s student, igniting a new chapter in the fight between Obi Wan and Darth Vader.

In a Lightsaber battle with Darth Vader, Obi-Wan uses the duel as a distraction to help his friends Luke, Leia, Han and Chewbacca escape from the Death Star. Vader strikes Obi-Wan, seemingly killing the Jedi Master. However later, Obi-Wan uses the Force to communicate with Luke, helping him triumph against the dark side. 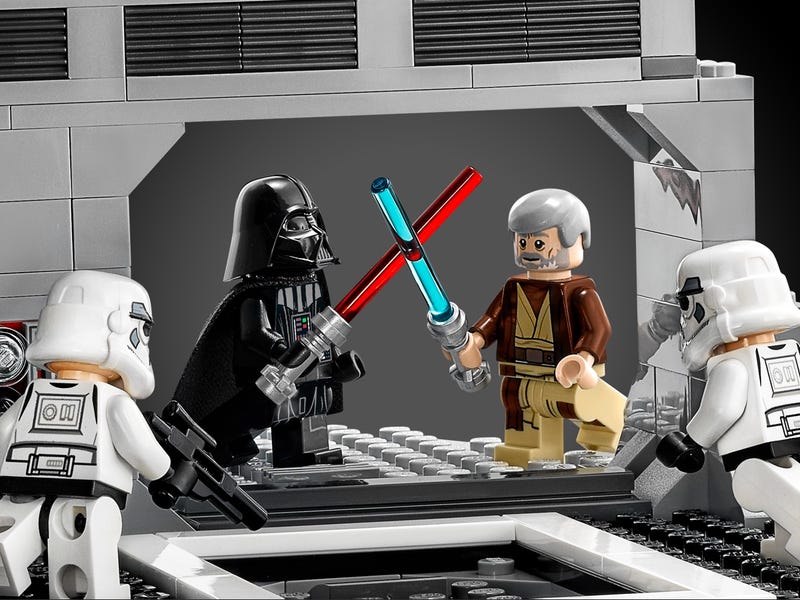 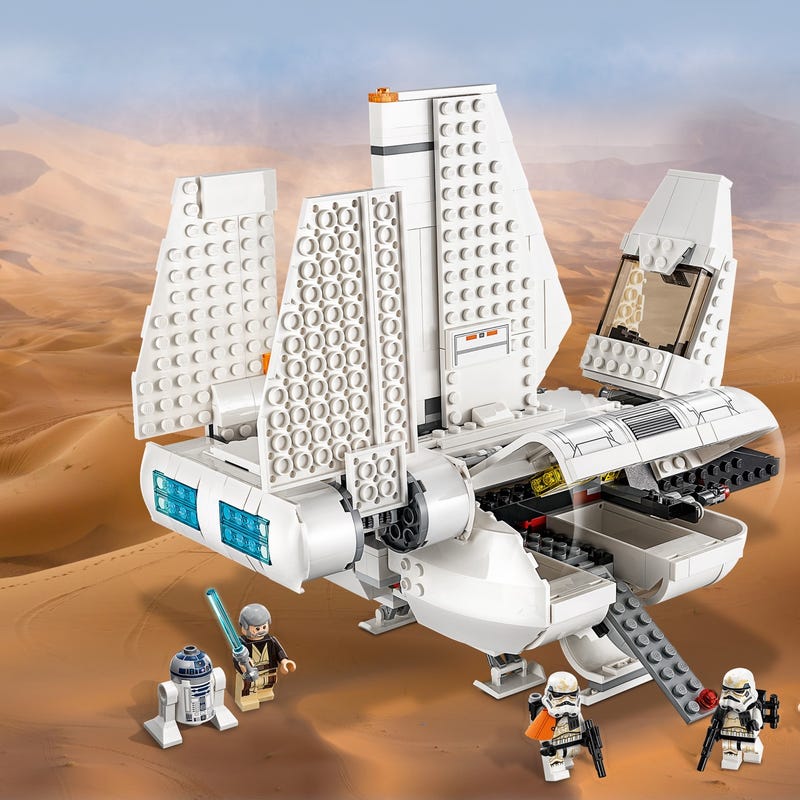