Teaming up is fun
Play solo or with a friend, by syncing LEGO Luigi with another LEGO Luigi or LEGO® Mario™ (extra figures not included) and win bonus digital coins for teamwork. Find building instructions in the free LEGO Super Mario app.

Unlimited building and play
LEGO Super Mario sets can be rebuilt and combined in many ways, and children can personalize the levels they create using bricks from their other LEGO sets. 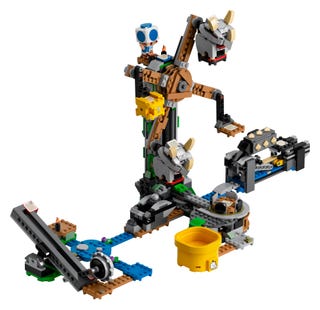