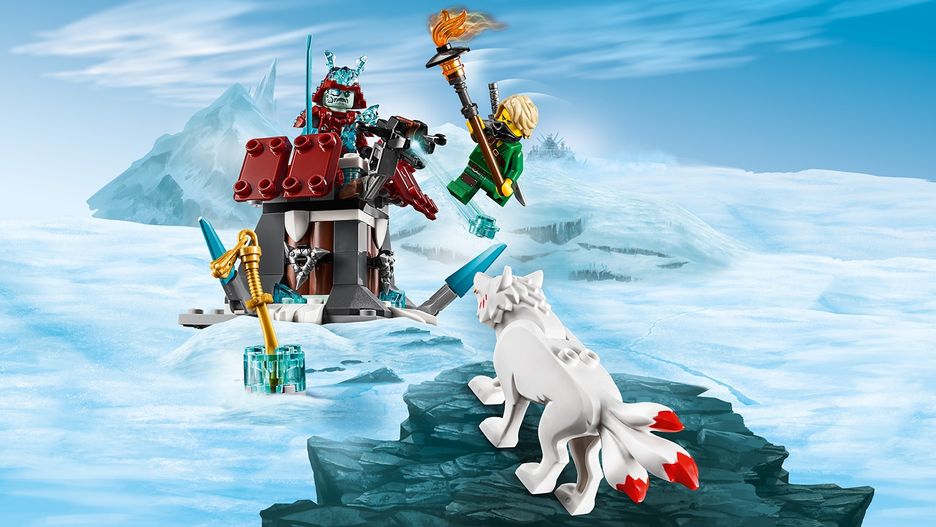 Begin an epic journey into the frozen Never-Realm with NINJAGO® ninja Lloyd Garmadon and his wolf! Together, battle against the Blizzard Warrior at his village fortress. Dodge shots fired from his crossbow and fight back with Lloyd’s flaming torch and katana. Can you defeat this samurai warrior and reclaim Lloyd's golden sword? 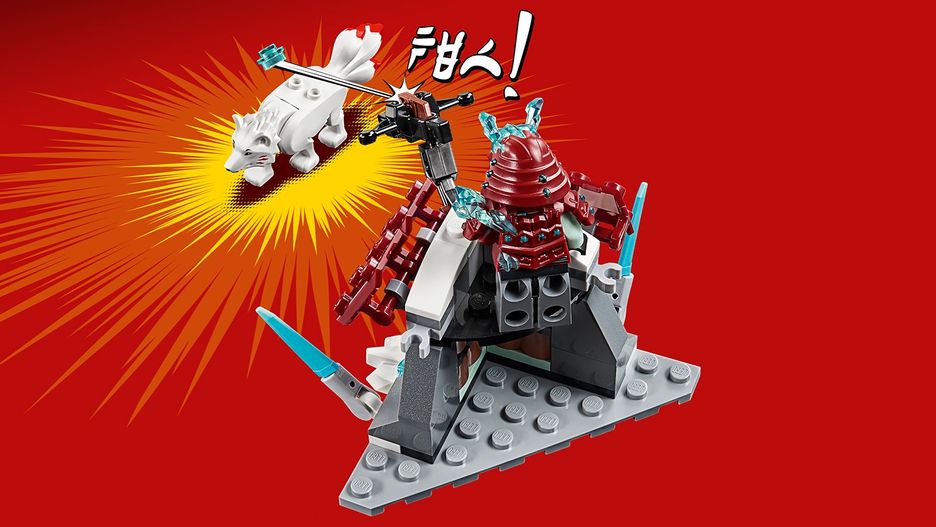 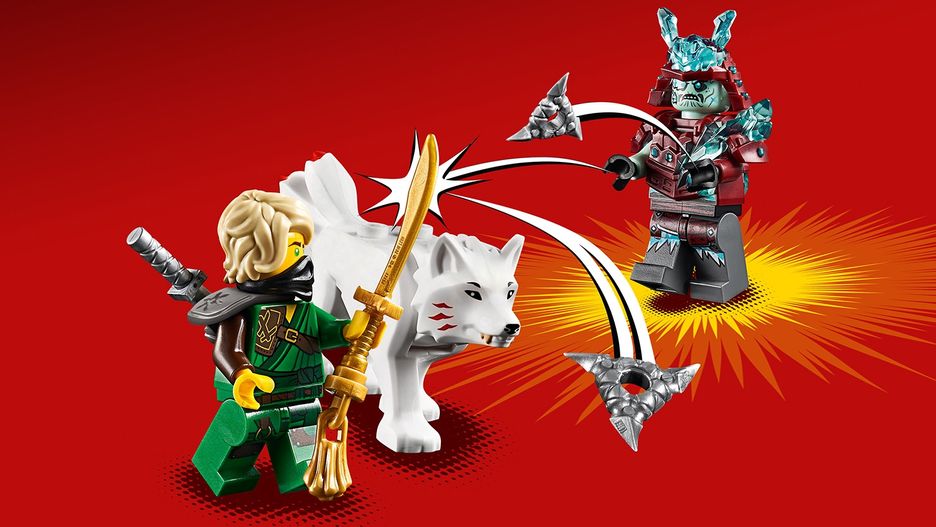 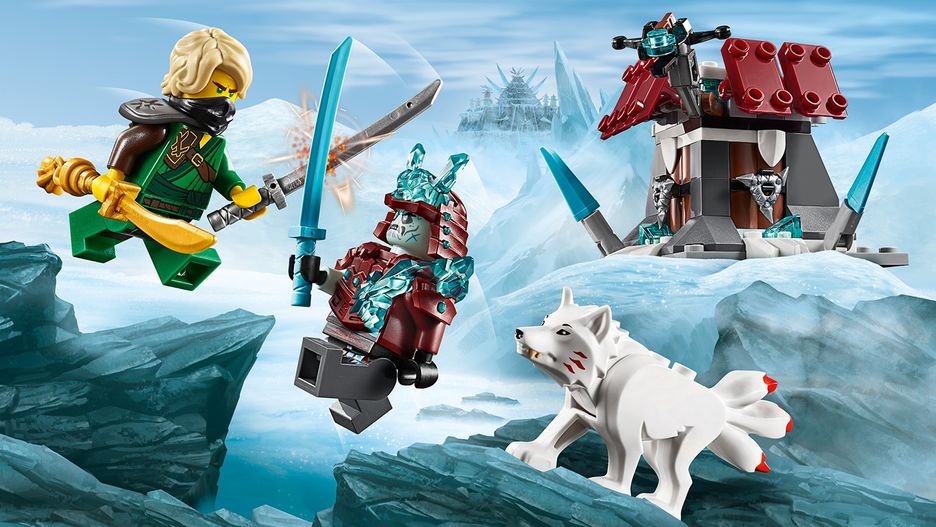