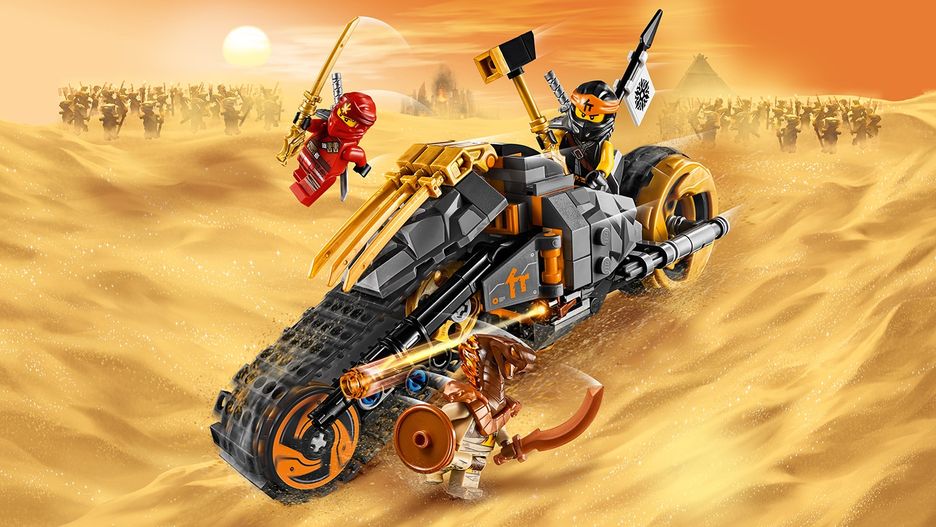 Ride into the Desert of Doom with NINJAGO® ninja Cole’s Dirt Bike! Power over the sand with its caterpillar treads and big rear wheel with gold-colored rims. Team up with Kai to battle against Pyro Destroyer. Fire the ninja bike’s stud shooters. Fend off Pyro's scimitar attacks with the ninja warriors' katanas, reclaim Cole's LEGO® NINJAGO golden hammer and then continue your quest to find the Ancient Pyramid! You can make up your own thrilling stories or recreate exciting action from the NINJAGO TV show with this awesome LEGO set. 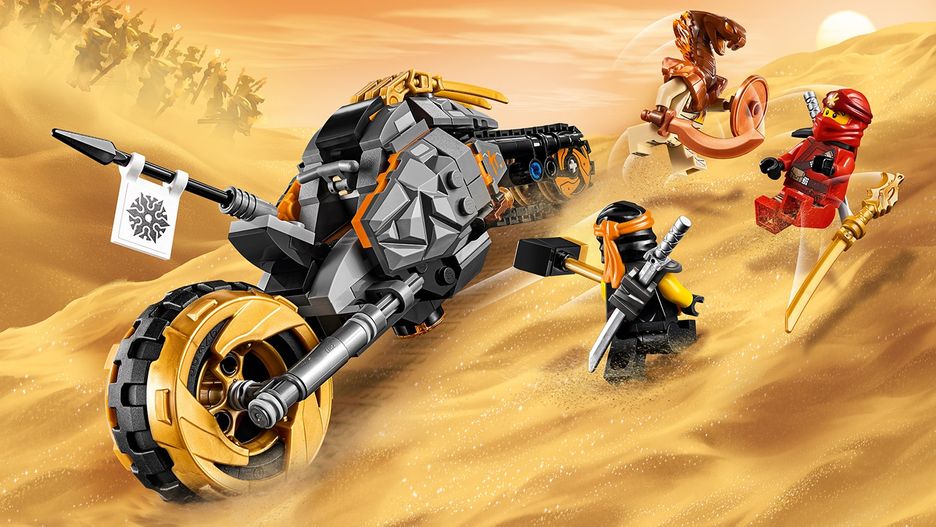 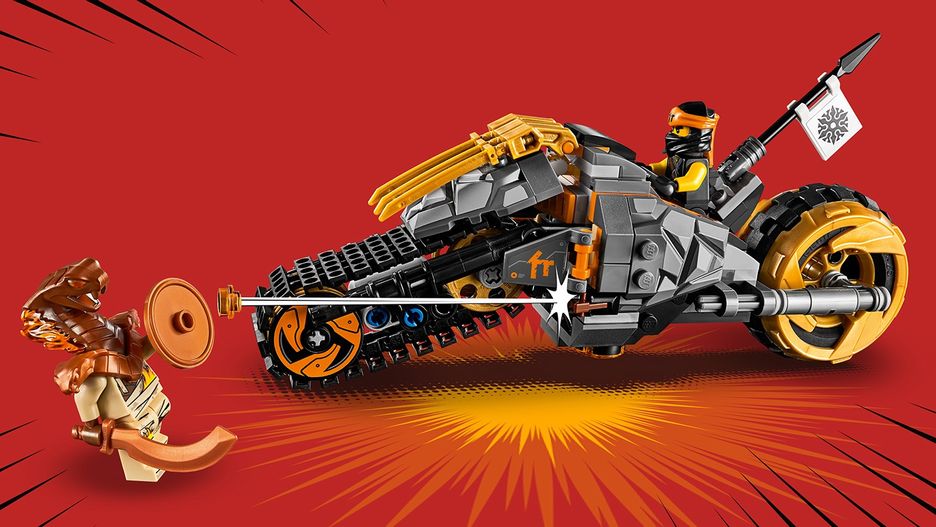