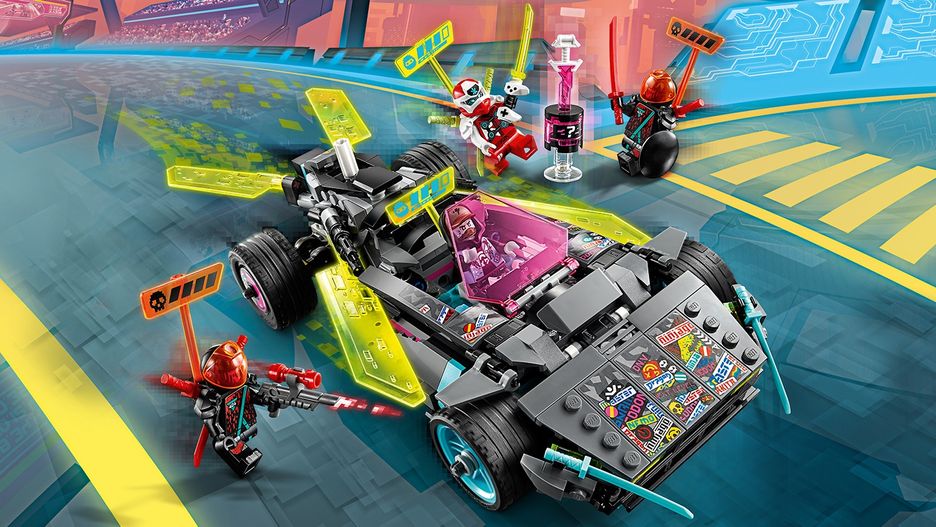 Power across the dangerous terrain of Prime Empire in this Ninja Tuner Car! Then transform it in to flying mode and soar into the sky! Scott has created this awesome heavily armored vehicle and together with Digi Kai they must use it to battle the evil Red Visors. Team up with them to fight for the prized Key-Tanas as you continue your quest to escape Prime Empire. 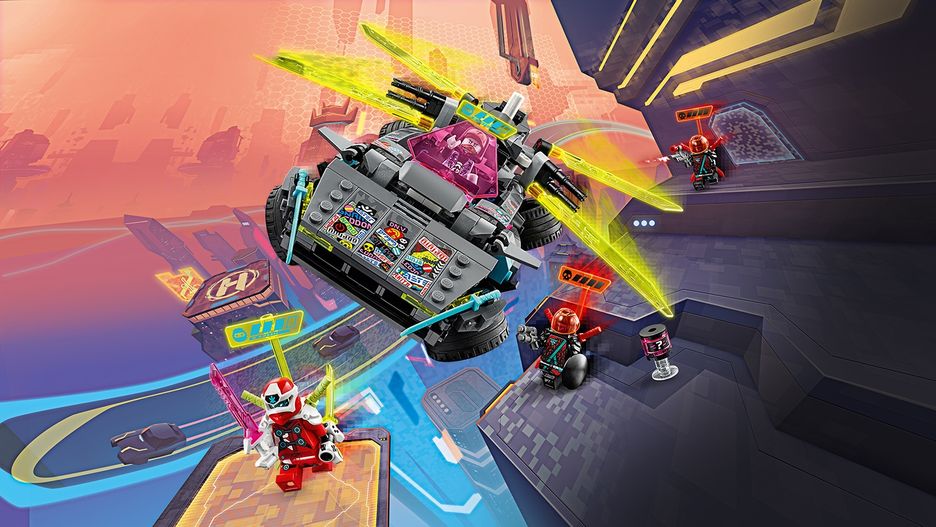 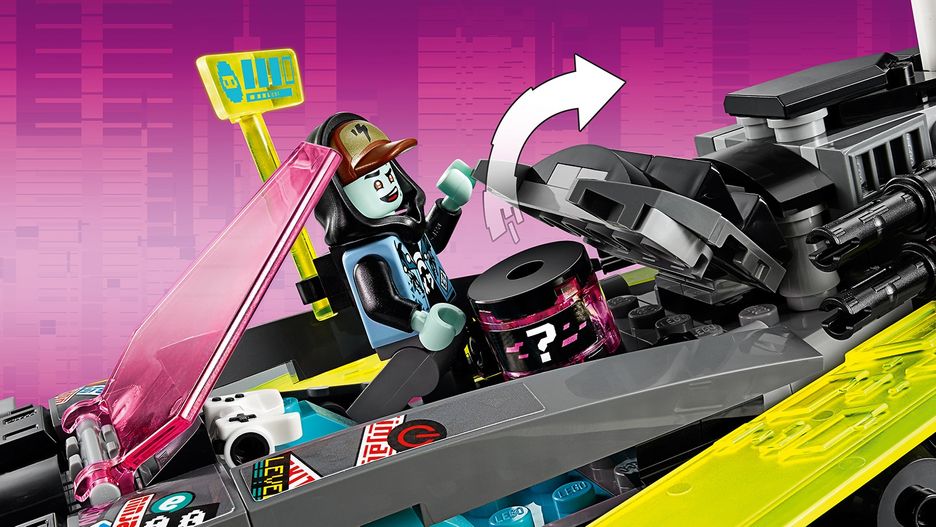 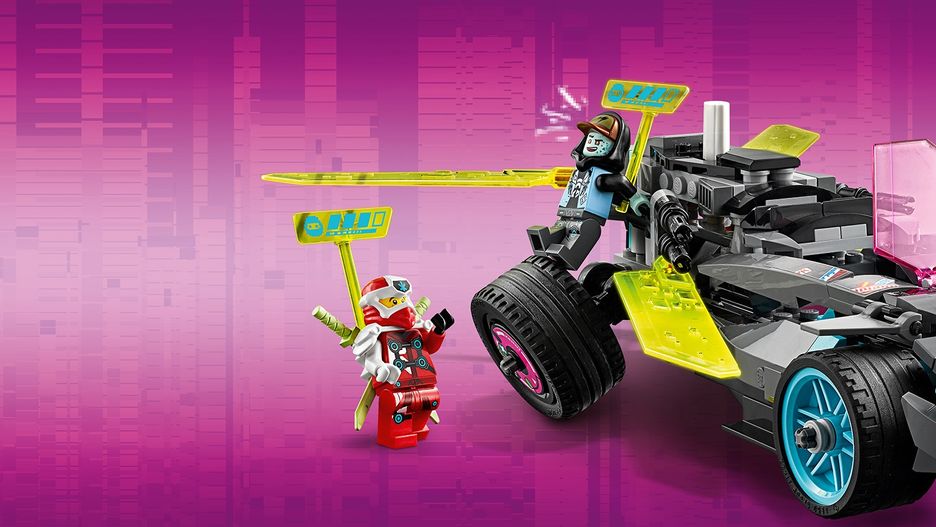 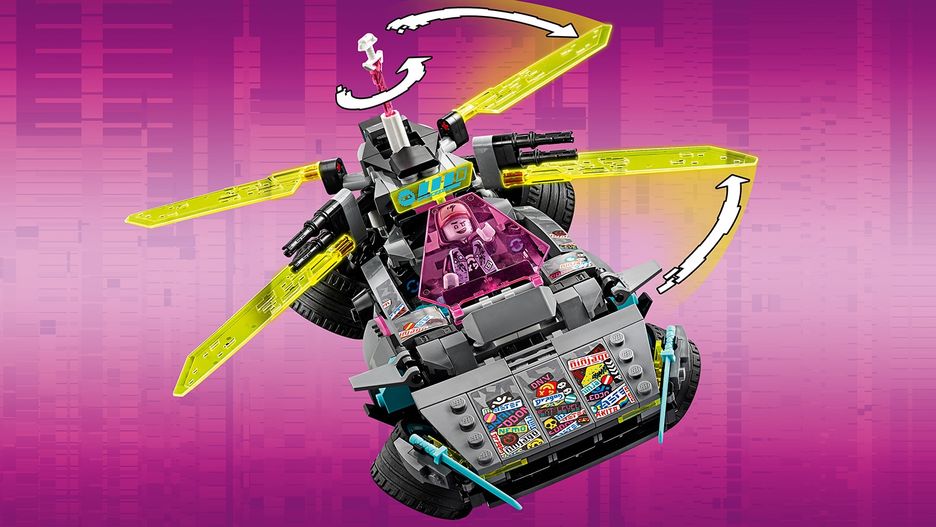 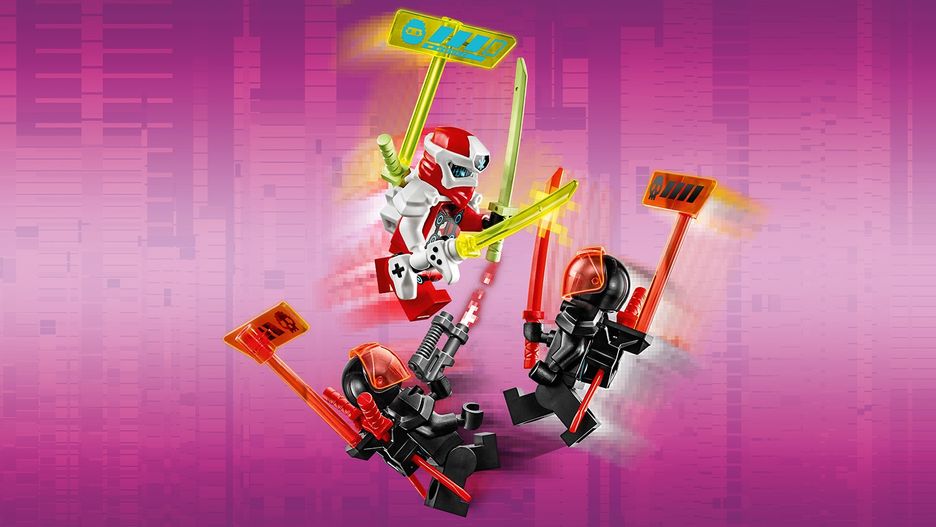