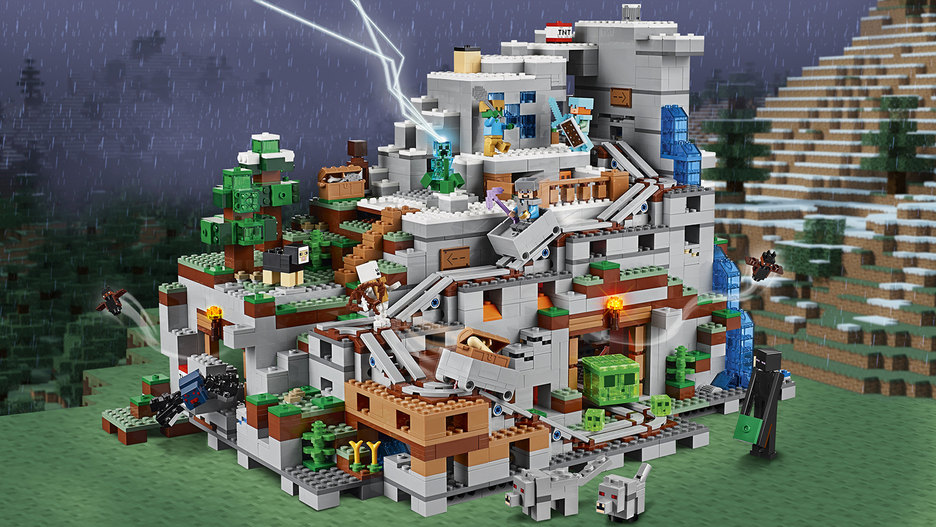 Jump aboard the minecart and thunder down the rails, around the bends and through the dark tunnels of the bat‑infested Mountain Cave. Then take the redstone-powered minecart elevator to the top of the mountain and set off once more, before blasting the mountain rock with the TNT to customize your track! Activate the multi-positional light brick to illuminate the rotating spider-spawner, wall of redstone, jack o'lantern, first-night shelter, furnace, lava or even the torch that lights up the caveentrance! Mine 7 different ores and battle the hordes of hostile mobs, including the cave spider, wolf, baby wolf, slime, small slimes, zombie, enderman, skeleton and a charged Creeper™ with its super-powered explode function. Get ready for some serious LEGO® Minecraft™ action! 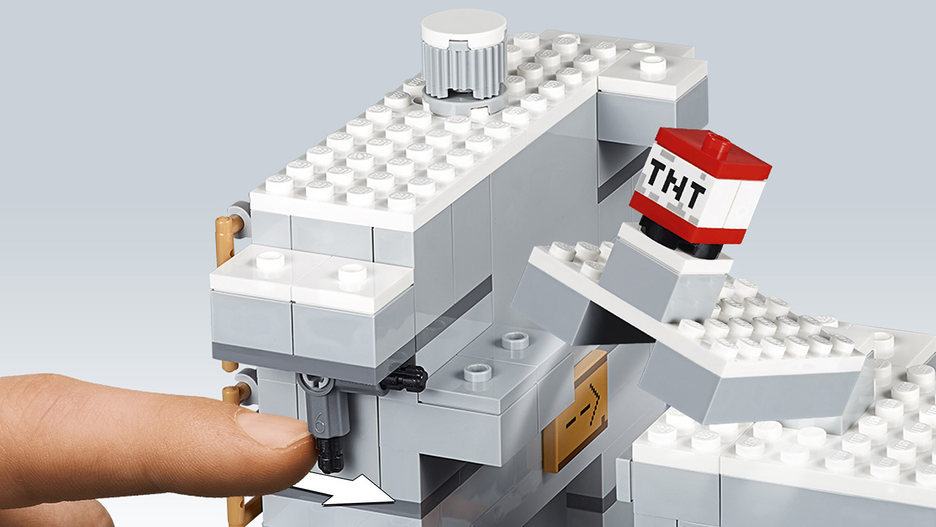 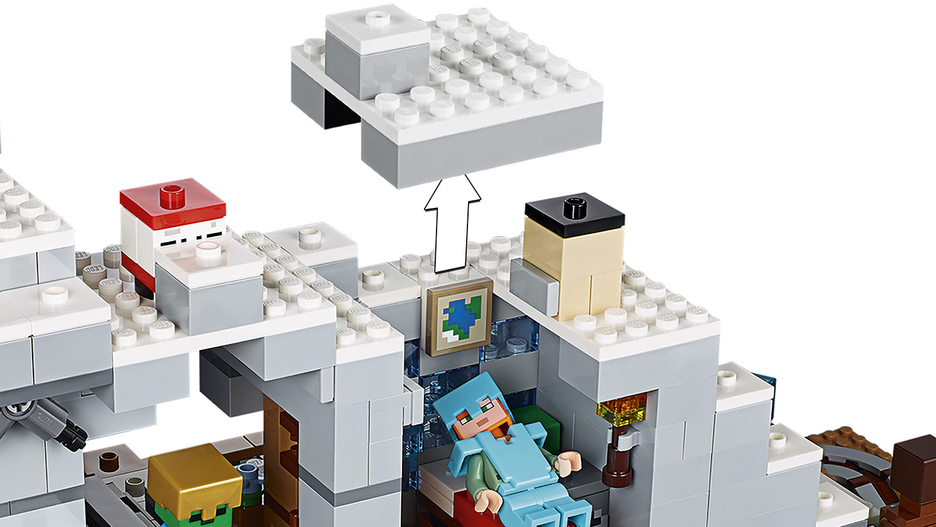 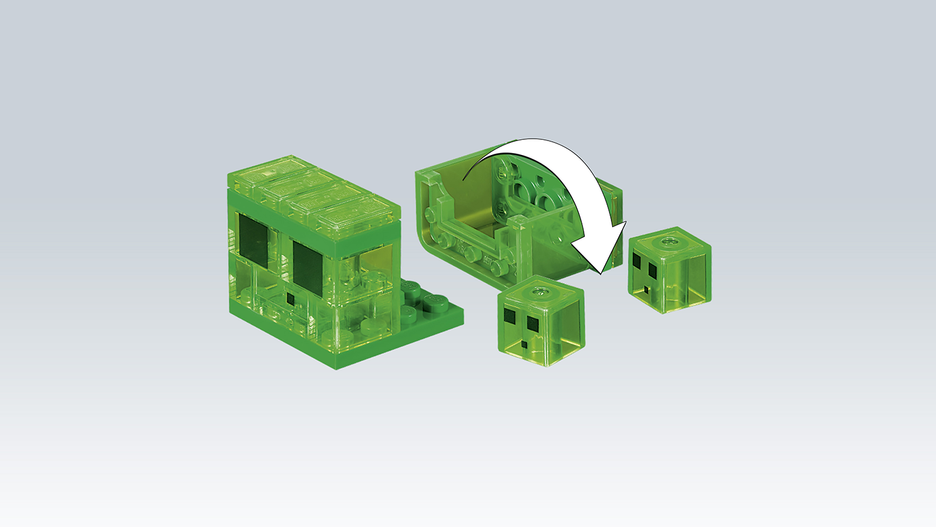