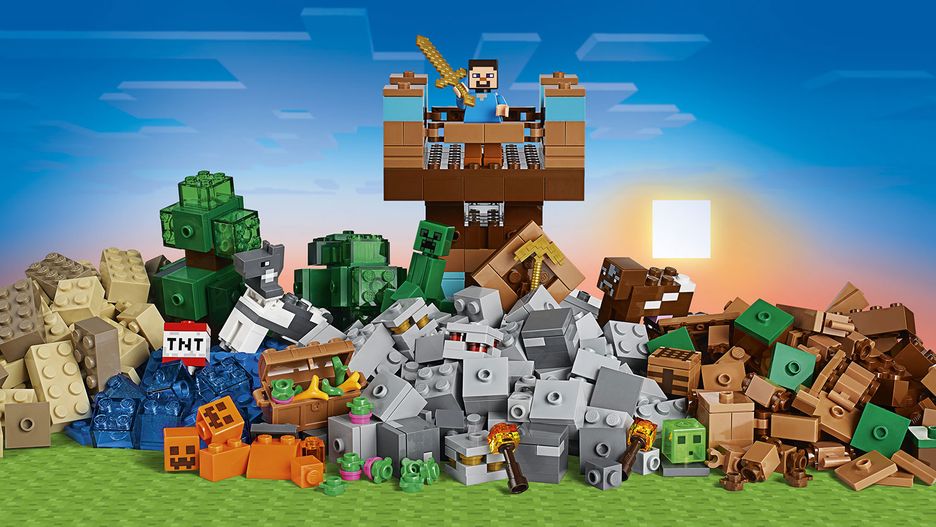 Boost your creativity with The Crafting Box 2.0. Break open one of the 5 included brick bags, choose one of the 3 provided model configurations and start building! Combine all 5 models to create your own customized Minecraft™ landscapes with shelters, towers, mines and farms—the possibilities are endless! When you feel like a change, rebuild the individual models or reconfigure the landscape by simply repositioning the easy-to-connect modular sections. Enjoy hands-on adventures with Steve, a Creeper™ and a slime! Rear livestock, grow crops, mine, craft and create with this amazing set.