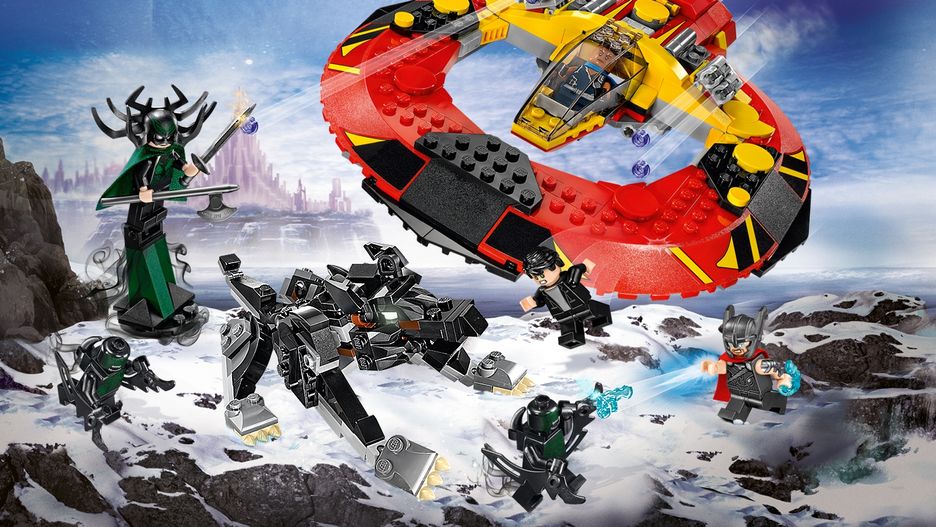 Danger! Hela is gathering her Berserkers and the mighty Fenris wolf to attack Asgard. Jump into the cockpit of the Commodore with Valkyrie and launch into the sky. Fire the dual stud shooters and drop Bruce Banner into battle! Dodge Fenris’ huge paws and the Berserkers' blades. Team up with Thor in a Power Blast shootout against Hela. This is the ultimate battle—can you defeat the enemy and make Asgard safe again?