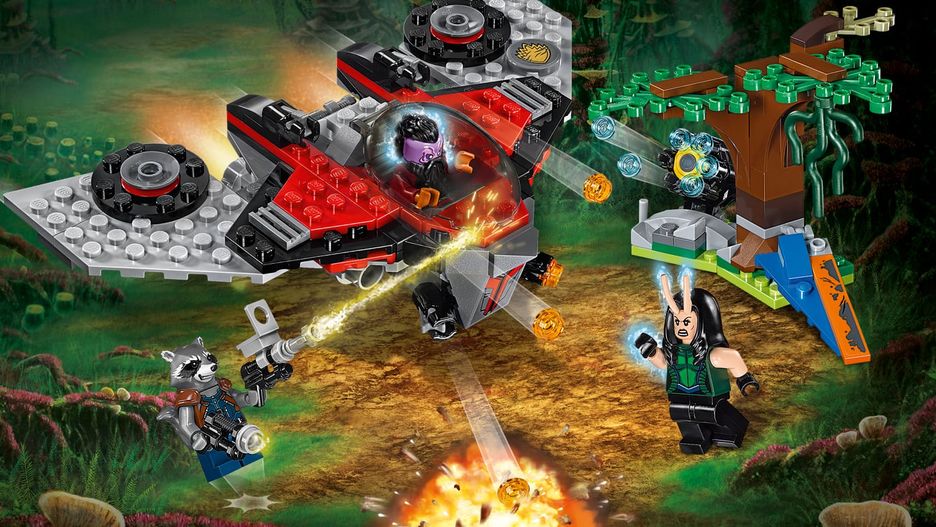 Prepare to fire the 6-stud shooter at Taserface’s M-ship! Rocket and Mantis might have crash landed on the forest-planet, but they’ve built a powerful weapon from the Milano’s wreckage to fend off the Ravagers. Take cover from the M-ship’s stud shooters in the forest, then launch a counter-attack with Rocket's guns in this epic Guardians of the Galaxy adventure!