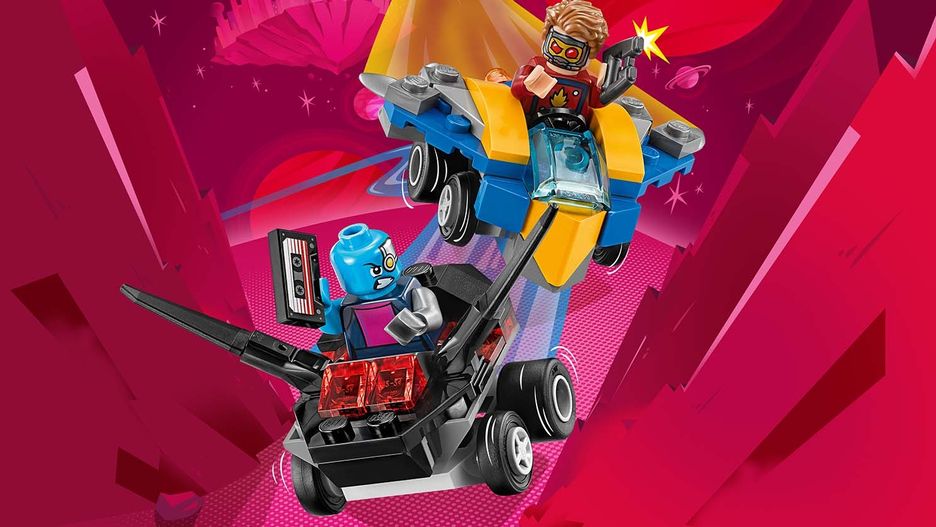 Battle to win back the stolen mixtape from Nebula with Star-Lord’s Milano with this LEGO® Marvel Super Heroes 76090 Mighty Micros: Star-Lord vs. Nebula set! But watch out for the villain’s armored Necrocraft trying to bash him. Turn Star-Lord’s head to show his masked face, attack with his space blaster and grab that mixtape before Nebula can escape! 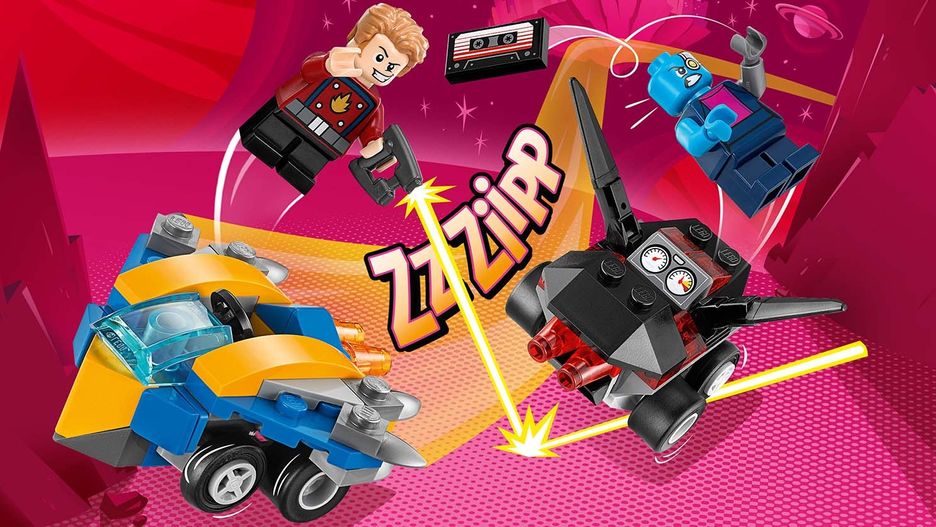