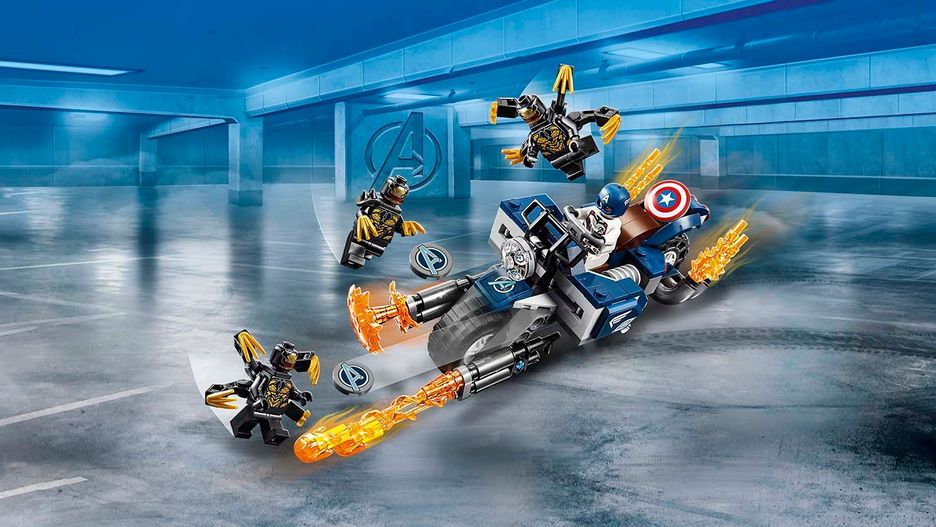 Take on 3 Outriders with Captain America’s bike! Fight back with the Captain America shield shooters. Then jump out of the cockpit, detach the blasters, and battle those enemy Outriders one on one! 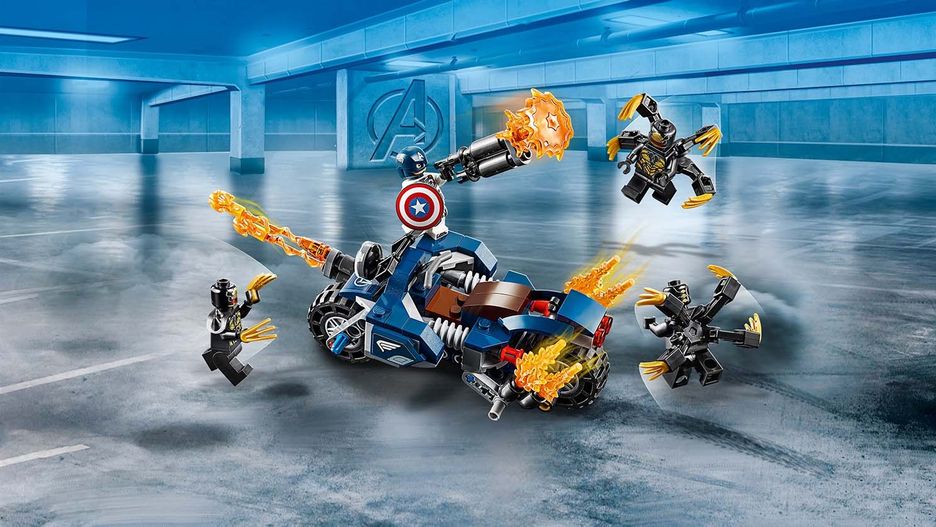 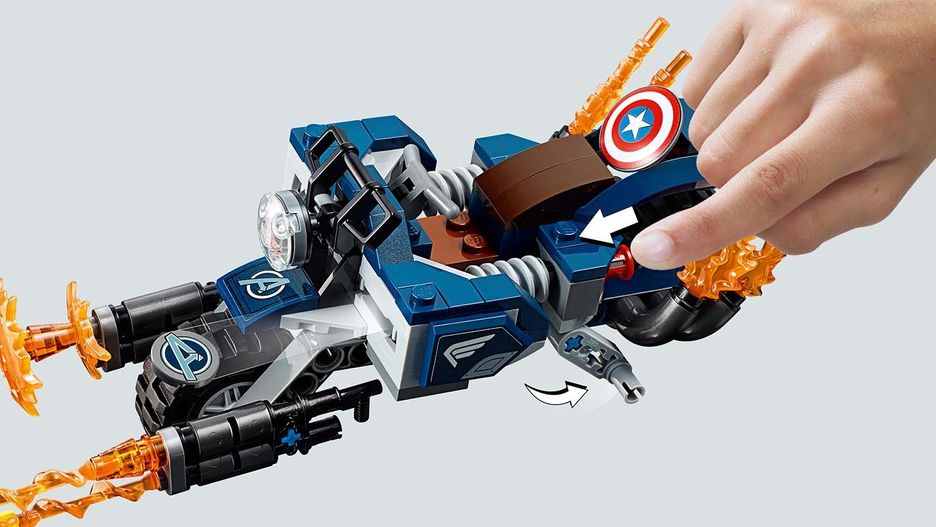 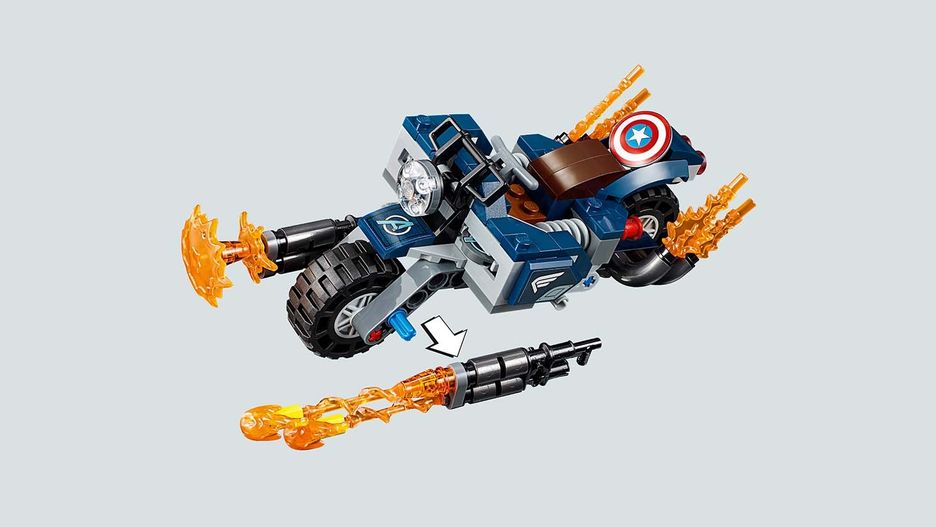