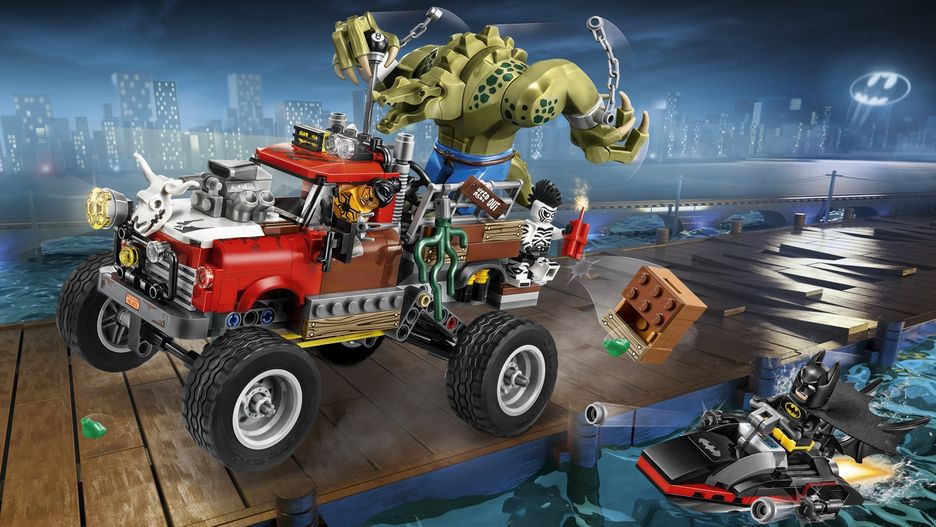 Killer Croc™, Zebra-Man™ and Tarantula™ are escaping from Gotham City’s harbor. Power across the water by the docks and fire the Batski’s stud shooters. Swerve the Tail-Gator’s crate bombs and Tarantula’s sai. Overtake and then take the battle to the land with Batman's Batarang. Round up those crooks before they commit more crimes!